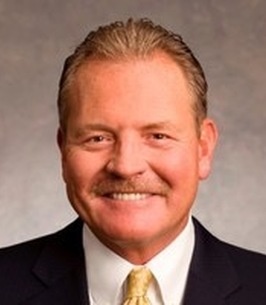 Gary M. Acromite, 64, of Fort Collins, Colorado left us on February 13, 2021, surrounded by his immediate family & friends. Gary was preceded in death by his father, William C Acromite.

Gary was born in Detroit, Michigan on April 19, 1956 to William & Josephine Acromite. Gary was the oldest of 6 siblings and grew up in Lincoln Park, Michigan. Gary attended grade school at Christ the Good Shepherd Catholic School and attended high school at Saint Thomas Aquinas previously located in Southgate, Michigan. Gary was awarded a college scholarship to play football as an offensive guard at the University of Minnesota, Golden Gophers, and earned a Bachelor of Science Degree in Business Finance and Economics. Over the years, Gary has lived in Minneapolis, Minnesota, Long Lake, Minnesota, served as Mayor of Medina, Minnesota, lived in Hamel, Minnesota, lived in Ida, Michigan, and spent the past 21 years living in Fort Collins, Colorado.

Gary had a successful business career which started with Honeywell in Minneapolis Minnesota where he worked as project manager in its Defense & Space Department and then moved to its Information Technology Division. In 1995, Gary relocated his family to Ada, Michigan and continued his career in the Information Technology Division of Wolverine Worldwide. In 1999, Gary relocated to Fort Collins, Colorado, and thereafter held executive IT positions in several successful companies over the years. Gary traveled all over the country and world with his work including during his final years working with Moly-Cop.

Gary interest were travel, skiing, biking, boating and most of all, he loved playing golf with his many friends both at Ptarmigan Country Club and all over the World.

A celebration of life will be held at Ptarmigan Country Club for Gary on from 2-6 p.m., April 18, 2021.
To order memorial trees or send flowers to the family in memory of Gary Michael Acromite, please visit our flower store.

A Celebration of life will be held at Ptarmigan Country Club from 2PM. - 6PM.