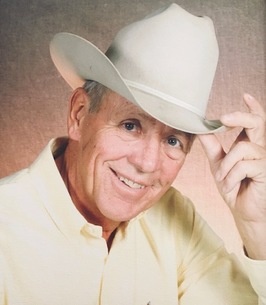 Fred Osborne Gibbs 75, passed away peacefully in his home surrounded by family and loved ones, April 15, 2020, after fighting an uphill battle with cancer for 8 years.

He was born in Laramie, WY and raised in Rock River, WY by his loving parents Fred and Anna May (Cuin) Gibbs. He was raised to be a hard working ranch kid and this echoed throughout his life. He graduated from Rock River HS in 1962 with a class of 3 students. He attended the University of Wyoming (Go Pokes!) receiving a Bachelor of Science in Microbiology June, 1967 and then going on to earn his Master of Science in Animal Husbandry, June, 1968. He joined the Air National Guard and trained at Lackland Air Force Base for boot camp, but was released on a medical discharge after 3 months. He then moved to Ft. Collins, and began attending CSU earning his Doctorate of Veterinary Medicine in 1976.

To pay for all this schooling he worked for Allied Mills, then he worked with his sister JoAnn & her husband John Pearson raising sheep, cattle and farming. To help offset the cost of vet school he opened B&G Irrigation erecting center pivots. For the last 30 years or so he owned and operated Affordable Storage in Greeley, CO. and Prairie View Ranchettes in Wiggins, CO.

In 1972 he married Mary (Brown) and had twin boys whom he loved dearly. They divorced and he met and married Doryea (Scruggs) to whom he was married and together with for 28 years. They built a loving family combining two families together.

Fred had a fervor for life. He loved being out and about visiting friends and business partners. With Doryea, they traveled to China, New Zealand, the Czech Republic, Austria, Germany, the Netherlands and many other European countries. Most recently they traveled to Alaska and they took a cruise on the Snake River. Often they traveled in the US going for enjoyment and to see his college friends. He was the life of the party, never meeting a stranger, he would talk with people for hours. He loved taking drives in the mountains of Colorado and Wyoming taking pictures of everything he saw.

Fred would spend many hours playing with his grandchildren and was the only grandpa to play Barbies’ with his granddaughter Skylah when she was going through cancer treatments. His grandson’s spent time with him at his shop asking questions galore and he would gently answer them even though he was busy working.

His death is leaving a large hole in the lives of family and friends, and he will be missed.

He was preceded in death by his parents, son Fred G. Gibbs and niece Autumn Pearson. No funeral services will be held at this time, and the family will have a celebration of Fred’s life at a later date. In lue of flowers please donate money in Fred’s name to the cancer research organization of your choice or Make a Wish of Wyoming or Colorado.
To order memorial trees or send flowers to the family in memory of Fred Gibbs, please visit our flower store.