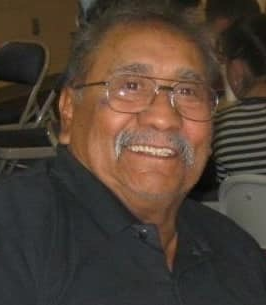 Francisco (Frank) Villa was born August 28, 1944 to Delfino and Micaela (Segura) Villa in Ft Morgan, Colorado. He was the first of 7 Children. His last day on Earth was March 23rd of 2020. In his last moments he was joined by his daughter Stephanie (Villa) Brekke, and his wife Patricia Ann Villa.

Frank is preceded in death by his Mother Micaela, His Father Delfino, and his brother Delfino.

Frank grew up in Goodrich, Colorado until his family moved in 1954 to Wiggins, CO. Frank then Graduated from Wiggins HS in 1962 but not before meeting the love of his life, Patricia.

Frank met Pat in High School and they married on August 8th, 1964. He enjoyed taking his wife, Pat, and their children camping every summer. His favorite places to camp were Chambers Lake, Red Feather Lakes, and especially anywhere on the Poudre River. Frank was a very popular Little League Baseball Coach ,and a youth bowling coach in Greeley. He coached several little league teams, All Star teams and Senior league teams to league Championships along with youth state bowling teams. Frank made many memories with his family while fishing, hunting, and camping. He also made many memories for many youth on the baseball field and in the bowling alley.

During his high school days, Frank worked as a farm laborer. After graduation he went on to work in Wiggins at a local gas station. He also worked at the local elevator. At this time, Frank decided to become a volunteer firefighter. He soon finished his career with the Wiggins Volunteer Fire Department as an Assistant Fire Chief. He was then hired with the Colorado Department of Transportation in Wiggins and worked there before being moved to Pruitt reservoir for a year. When a good job opportunity arose in Windsor, he moved the family to Greeley and he went to work for Kodak for 2 years but ultimately returned to CDOT in Greeley where he retired after 23 years of service.

Memorial is pending. In lieu of flowers, Memorial contributions may be sent to Mark’s Funeral and Cremation Service, 9293 Eastman Park Dr, Windsor CO 80550.
The family will be sending all contributions to the Fighting Fish Sticks Junior Bass Club Youth Fishing.

Condolences may be made at www.marksfuneralservice.com.

To order memorial trees or send flowers to the family in memory of Frank Villa SR., please visit our flower store.