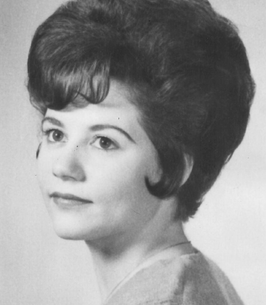 Diane, as everyone knew her, was born October 17th, 1944 in Baltimore, MD to Evelyn (Leidlich) and Emory Alisea. On November 5th, 1966, she married the love of her life, Emanuel Ponto, in Aberdeen, MD. Diane and Emanuel raised their 2 daughters, Lisa and Sandy in Windsor, CO, where they moved to in 1973.
Diane was a bank teller throughout most of her life, starting in Baltimore, MD at the age of 16, until she retired in 2004 from Bank of Colorado, in Windsor. Throughout the years she chose to stay home and raise her own children and watch her grandchildren, but always went back to banking. In the 1980’s, Diane tried her hand at writing, and although unpublished, she was still happy to have pursued that dream. Diane loved to sew, cross stitch, and make crafts, making beautiful quilts and pillows for her loved ones to cherish for many years to come.
Diane first became a grandma in 1989, and a new love was born. Over the course of the next 20 years, there would be 5 grandchildren and 1 great grandson that would steal her heart forever. Each child had a special bond with grandma, even throughout her illness. Diane’s family started recognizing the early signs of dementia in 2004, and they watched for and cared for her over the years. Holding to his vows, Emanuel loved her in sickness and health, until death they would part.

The family wishes to thank Pathways Hospice, Windsor Health Care, Katie Young, Kelly Riggs and Rodney Mayne for the extra care and love provided her last few years of life. In lieu of flowers, please send donations to the Alzheimer’s Association at www.alz.org in memory of Evelyn Diane Ponto.

Online condolences may be made at www.marksfuneralservice.com.
To order memorial trees or send flowers to the family in memory of Diane Ponto, please visit our flower store.