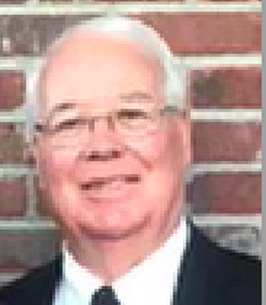 On Monday, November 16, 2020, Eugene Cox Hardy, devoted husband to Marilyn Lucille Hardy and loving father of six sons, passed away at the age of 83.

In 1966, he accepted employment with IBM in Boulder. Recounting the move with his wife, 2 children, a trailer and $20 in his pocket, he claimed it was the best decision he ever made. During a distinguished 37-year career at IBM, Hardy held a U.S. patent related to the mechanical separation of paper for copier machines.

Gene had a life-long passion for sports and coaching. He was no stranger to competing at a high level as he played division 1 football for the Utah State University Aggies in 1961-62. He was passionate about coaching his sons in Little League baseball (12 and under) in Boulder as well as the Pony league (13-14) age young men. He coached many state champions over the years and took great pride in a well prepared game plan and making every effort to win.

A devoted member of The Church of Jesus Christ of Latter-Day-Saints, he served the church in many capacities including a five- year tenure as Bishop of the Louisville ward. In 2008, Gene and Marilyn fulfilled a lifelong dream and completed an 18 month mission for the Church in Dnipropetrovsk, Ukraine. Continuing a lifetime of service, the couple also worked together at the Fort Collins Temple. Marilyn has said, "Our love for the people and the work made it a joy to serve."

Gene is survived by his wife, six sons and 15 grandchildren.

https://youtu.be/Gft9Ook3k-I
To order memorial trees or send flowers to the family in memory of Eugene Cox Hardy, please visit our flower store.