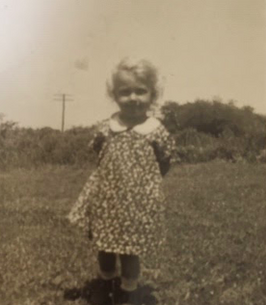 Ethel Mae (Swanger) Tobey of Windsor, Colorado passed away August 17, 2021 at her home in the care of her loved ones. She was born September 21, 1937 to Pearl and Tom Swanger in Lewisburg, Pennsylvania. The family moved around often for her father’s work, eventually settling in Kendall, New York where she finished school. Ethel married John Tobey on June 10, 1960, making their home in Clarkson, then on Lake Ontario in Hilton, New York. In 1975 they moved their family to Colorado when John was transferred by Kodak.

Ethel was very creative. As a teenager she sewed her own poodle skirts on a sewing machine with a treadle, and as a mother she sewed her children’s clothes and her daughters’ doll clothes and prom dresses. Other talents included painting, playing the guitar and piano and singing. Classic country-western music was her favorite. Later in life she enjoyed cross stitching and often gifted her family with the finished projects.

When Ethel and John retired, traveling together in their motorhome was one of her greatest joys.

Although Ethel held a variety of jobs over the years, being a wife, mother and grandmother were all she ever desired to be. Ethel felt blessed to have such a good family and life, but it is we who are truly blessed for having known her. She was compassionate, generous, and a wonderful listener. She always had time and sweets for anyone who visited. Her companionship and sense of humor will be greatly missed.

Ethel is survived by her son Rick Tobey, and her daughters and sons-in-law Shari and Joel McGinn, and Nona and Thorsten Rudroff. She is also survived by her mother Helen Pearl McMillan, her sister and brother-in-law Miriam and Walter Steffen Jr, brothers Wayne Swanger and Bernard Swanger, eight grandchildren, nineteen great-grandchildren and many nieces and nephews. She is preceded in death by her husband John Tobey, her father Thomas Swanger and her sister Ruth Schultz.

At Ethel’s request there will be no services. In lieu of flowers, please make donations to the Hospice organization of your choice.

To order memorial trees or send flowers to the family in memory of Ethel Mae Tobey, please visit our flower store.