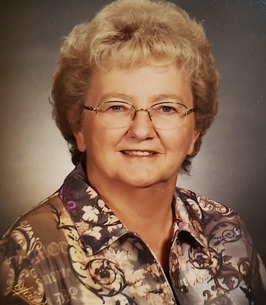 Born in Greeley, Colorado, October 2, 1941, she was the daughter of Herman and Esther (Lutz) Leffler. She graduated from Eaton High School in 1959. She was an operator for the phone company prior to becoming farmer's wife, farmer, mother and homemaker. Together they farmed a 100+ acre farm North of Severance. She was a member of Weld County Farm Bureau, including holding the Title of Women's Committee Chairman, Weld County Young Farmers, Severance 4-H Cake Decorating Leader and St. John's Lutheran Church Sunday School Superintendent. She was a member of St. John's Lutheran and Bethel Lutheran Churches.

She will be remembered for her love for her family, especially doting on her great grandbabies, her willingness to help those in need, her smile and friendly disposition and her love of her kitties, dogs and flowers.

In lieu of flowers, memorial contributions may be made to Footsteps for Hope in Care of Marks Funeral & Cremation Service, 9293 Eastman Park Dr., Windsor, CO 80550.

Online condolences may be made at www.marksfuneralservice.com.
To order memorial trees or send flowers to the family in memory of Emma Darlene Schlotthauer, please visit our flower store.