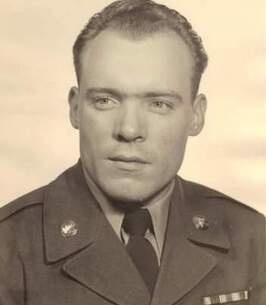 Emanuel Ponto, 87, of Severance, passed away peacefully surrounded by his family Nov. 30, 2019, at his home.
Emanuel was born Jan. 28, 1932, in Cogealac, Romania, to Adolf and Maria (Ziebart) Ponto.
He immigrated to the United States in 1951 and was drafted into the Army in 1952. He married Evelyn Diane Alisea on Nov. 5, 1966. Emanuel served two tours in Vietnam and retired from the Army as a Sergeant 1st Class in 1973 after 21 years of service. He and Evelyn moved to Windsor with their two daughters, Lisa and Sandy, after his retirement from the Army. He worked in several industries, including electrician, dairy farmer, welder, and at Kodak and ConAgra. He retired as a miller from ConAgra in 1994.
His passions included woodworking, and fishing. He crafted a fishing boat, camper shell, various dressers, and end tables, as well as other items he loved giving out as gifts.
Emanuel was very proud to be an Army Veteran. He will always be remembered as loving and loyal.
Mr. Ponto is survived by his daughters Lisa (Rodney Mayne) Alisea of Cheyenne and Sandra (Jeff) Roby of Severance; grandchildren Amber Pomerleau of Greeley, Ashley (Jerrod) Smith of Greeley, Megan Alisea-Mayne of Cheyenne, Samantha Roby of Fort Collins, Christian Roby of Burlington, Vermont; and great-grandson Brendon Robbins of Fort Collins. He is also survived by his brothers John (Eva) Ponto of Calgary, Alberta, Canada; Gus (Jean) Ziebart of St. Albert, Alberta, Canada; Will (Sandi) Rauschenberger of Lake Forest Park, Washington; and sister-in-law Anne Ponto of Calgary; as well as dozens of nieces and nephews in the United States and Canada.
He is preceded in death by his wife of 52 years, Evelyn Diane Ponto; his parents; his daughter Mary Ponto; brother Alfred Ponto; sister and brother-in-law Magdalena and Mike Rauschenberger.
A memorial service will be held at 11 a.m., Friday, Dec. 20, at Marks Funeral Chapel, 9293 Eastman Park Dr., Windsor. Inurnment will be held with full military honors at Fort Logan National Cemetery at a later date.
In lieu of flowers, memorial donations can be made to:
Folds of Honor https://www.foldsofhonor.org, or The Gary Sinese foundation: https://www.garysinisefoundation.org; or The Wounded Warrior Project. https://www.woundedwarriorproject.org/
Online condolences may be made at www.marksfuneralservice.com.
To order memorial trees or send flowers to the family in memory of Emanuel Ponto, please visit our flower store.

Inerment will be held with full military honors at a later date.