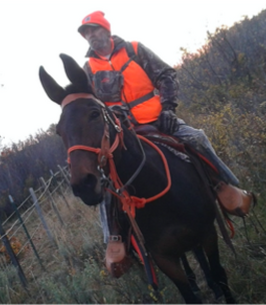 Dwayne held many jobs over his lifetime including hauling hay, heavy equipment operator both in Kansas and later being trained to do so in the Army. Dwayne spent some time as a horse trainer traveling around the country to different race tracks. He spent 20 plus years as a Union Glazer putting glass windows and doors in high rises around Denver. After injuring his back as a glazier he became a Taxidermist and commercial leather tanner.

Dwayne loved to hunt, fish, camp and ride horses. Dwayne enjoyed historical re-enactment of the fur trapping era going as far as learning how to brain tan hides the Sioux way. He offered to teach anyone who cared to learn this method of preparing leather. In retirement he spent many hours tooling leather, tying leather knots, even learning how to make saddles by hand. Dwayne was an animal lover who in his younger years had a dog sled team which he trained and ran through the neighborhood on snowy days. Dwayne always owned at least one dog. His current mule, Dancer will miss him scratching her ears and rubbing her legs.

To order memorial trees or send flowers to the family in memory of Dwayne Bowen, please visit our flower store.