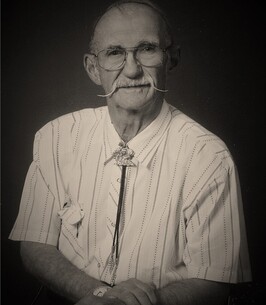 Duane C Freed was born 12 May 1934 in North Dakota, just North of Devils Lake to Orville Freed and Helen Johnson. He is survived by his sister, Darlene Pflumm, daughter Kim Gruver and sons Tim and Tom, as well as numerous grandchildren, great grandchildren, and great great grandchildren. He passed away on 3 February 2021 at home. He was preceded in death by his first wife, Ardiss Crabtree and his second wife, Beatrice Mondragon.

He grew up on a farm, graduated high school in 1952 and joined the Air Force until retiring in 1974 as a Master sergeant. MSgt Freed's career took him to many places and he served remote tours in Turkey, Taiwan, and Vietnam. While stationed in Cheyenne, Wyoming he met Ardy and they were married 28 May 1954. Both Tim and Kim were born in Wyoming and after a remote tour in Turkey he was assigned to Kelly AFB in San Antonio, TX. That's where Tom arrived. Two years later he was stationed in Amarillo, TX until 1967 where he had to do another remote tour in Taiwan and the rest of family waited for him in Greeley. In 1968 he was stationed in Tacoma, WA and stayed there until he retired in 1974 with him going to Vietnam in 1972. He settled down in Windsor, CO and in 1975 he started working at Kodak while taking accounting classes at Aims Community College in Greeley. He never got to finish his goal of becoming an accountant as life got in the way. Ardy passed away in 1977 and then he lost his Dad barely a year later in 1978. Later that year he married Bea Mondragon of Greeley and she passed away in 1996. His Mom passed away a few years later. Thus goes the circle of life.

Duane was a devoted member of Bethel Lutheran Church in Windsor. His interests were bowling, fishing, camping, and roller skating when he was younger and later in life it was reading, doing word search puzzles and watching Broncos football games. As a longtime member of the Lions Club he was recognized as the face of their bingo games, the club treasurer and received an award from Lions Club International for his volunteer work. He was also a member of the American Legion.

A memorial service with military honors will be held at 1 p.m., Friday, February 12, at Lakeview Cemetery in Windsor. The family asks that all attendees will respect that masks and social distancing will be required.

In lieu of flowers please feel free to donate to the Windsor Lions Club.

To order memorial trees or send flowers to the family in memory of Duane Freed, please visit our flower store.