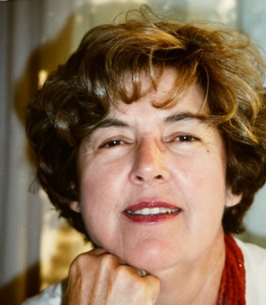 Donna Dudley Elder, 89 died on December 6, 2021 in Windsor, CO, after a long battle with dementia. Donna was born in Portland, OR on November 21, 1932. She spent her school years growing up in and around Dayton, Washington. Donna met Ray Elder, also of Dayton, Washington, in high school and they were married on March 25, 1951. Donna attended Western Washington College of Education for about one year before she and Ray were married. She and Ray then attended University of Washington. Donna was a very good student in college and self financed her college education. Before she graduated, Ray joined the Navy as an officer and she spent the next three years starting a family and traveling with Ray whenever she could. Donna finished her college education at Arizona State University in Tempe, AZ in 1972 and graduated the same week her oldest son, Gerald, graduated from high school.

In 1974 Shepherd of the Hills UCC Church in Phoenix, AZ asked Donna to establish a combination preschool/kindergarten at the Church. Donna agreed to do this if the school could be a Non-sectarian Parent Co-operative School. Her school required that one of the parents or grand parents of each child participate in their child’s class every other week and do other activities such as attend parenting classes once a month. Two years later the school, with nine students and a $900 contribution from the Church, held its first classes. By 1979 the school was fully attended with about 65 students and a staff of six with Donna filling the position of Director and Lead Kindergarten Teacher. The school is still in operation although Donna retired from the school in 1995.

Since retirement, Donna has spent all her time enjoying her family and friends. She loved skiing, quilting, gardening, and boating. She especially liked traveling the world with Ray. They visited nearly all the states and provinces of the U.S. and Canada as well as 31 countries around the world.

Donna very much enjoyed life with her husband, Ray, these past 70+ years and had a very good life. She is survived by her husband, Ray and their three wonderful children, Gerald in Albuquerque NM, Jeffery in LaQuinta, CA and Heidi Blair in Windsor, CO, ten grandchildren and fourteen great grandchildren. A younger sister and a younger brother and several nieces and nephews also survive Donna. All who knew her will sorely miss her.

Memorial donations may be made to the Alzheimer's Association. https://www.alz.org.

To order memorial trees or send flowers to the family in memory of Donna Rae Elder, please visit our flower store.