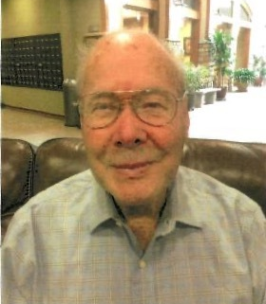 Donald Jake Hart, son of Jacob and Elizabeth Hart, was born on May 30, 1930, on the family farm near Briggsdale, Colorado. Don had two brothers, John and George and four sisters, Betty, Leona, Marian and Barbara. He attended School at Keota, Colorado.

In September 1947, he met the love of his life, a blonde named Jennie Joan Larson. They dated until June 1949 when they were married in Greeley, Colorado.

They moved into a small apartment in Sidney, Nebraska, and Don started his career with U.S. Civil Service. He became a fire fighter and served at Sioux Army Base near Sidney, Ft. Riley, Kansas, Fitzsimmons Army Hospital Denver, Colorado, VA Hospital in Livermore, California. He retired as a Captain after thirty years of service.

During his fire fighter years, Don had many side jobs. His favorite was farming. When he retired they bought an almond orchard near Escalon, California, where they also had cattle, pigs and his favorite..rolling pigeons. After several years of transferring with Jennie’s job, they returned to Colorado in 1985, where they bought a farm near Longmont, Colorado, and they raised black angus cattle, turkeys and chickens, with help from his dog, Max, who went everywhere with him.

A few years later they sold the farm and built a home near Red Feather Lakes, Colorado, expecting it would be their “final home”. During those years, they did lots of traveling all over the United States, Europe, Australia, New Zealand, Greece, Japan, China as well as twenty two cruises.

Then they discovered and enjoyed snowbirding with a fifth-wheel. Later, they decided to stay in Arizona and built a home on a golf course, expecting it would be their “final home”.

In 2013, their great grandson, Jake, was born to their grandson Richard Williams and his wife Sara. So Don and Jennie returned to Colorado and built a home in Windsor, expecting it would be their “final home”

As they were both approaching age 90, they sold their home and became residents at the Good Samaritan Senior Resort in Windsor., and they knew it would be their “final home”.
Don’s favorite thing to say was “we had a good life”

To order memorial trees or send flowers to the family in memory of Donald Jake Hart, please visit our flower store.