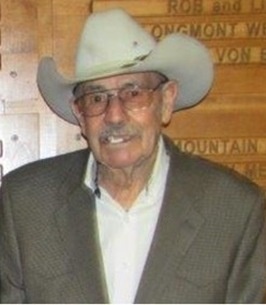 Donald (Don) E. Brooks, 83, of Manville, Wyoming, passed away on Tuesday, October 1, 2019, at his home in Windsor, Colorado with his family by his side. Don was born on September 7, 1936 in Manville, Wyoming to Edmond and Adelyn (Tschacher) Brooks. After graduating from Manville High School in 1954, he joined the US Armed Services and was stationed in Europe. There he met his beloved wife of sixty-one years, Gertrud Seufert and they were married in Manheim, Germany. After completion of his military service in France, they moved back to the United States and made their life-long home on the family ranch south of Manville, Wyoming. They have three children, Edmund, Debra and Carolyn.
After much prayer and discernment, they left the ranch in August of 2018 to make their new home in Windsor, Colorado to be near family. "Pa", as his grandkids lovingly referred to him, very much cherished his time with his children and grandchildren. He loved them all dearly and was finally able to see them daily and truly enjoyed it.
Don was preceded in death by his parents Edmond J. and Adelyn C. Brooks, older brother, Ralph and his step-father Verner C. Johnson. He will truly be missed by his wife, Gertrud, son, Edmund (Pennie), Hannah & Emma; daughter, Debra (Franklin) DesJardins, Rachel, Brittany (Ryan) Engleking, Reagan, Reese, Lauren and Luke; daughter, Carolyn (George) Brown, Timothy, Michael, Sarah (Wesley) Aragon, and Thomas (Emily), his fifth unborn great grandchild. His brother, Gary (Mary Jane) Brooks and family and sister, Sharon (Marvin) Hopper and family.

To order memorial trees or send flowers to the family in memory of Don Brooks, please visit our flower store.