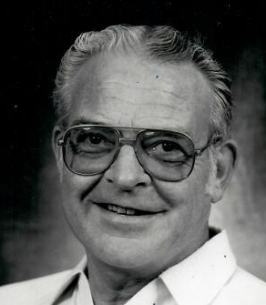 Don was born in Central City, NE to his parents Carl and Alice Best. Don was the third of four children born in this family. Wayne was his older brother, Ida Mae his older sister and Phyllis his little sister. Don loved living in this small NE town and it was where he met his wife in kindergarten, however; they did not become sweethearts until after high school. Don was united in marriage to Marilyn L. Rankin in October of 1950. This October they would have celebrated their 69th year of marriage and a happy one it was. They set an example of what Love really means and how steadfast it could be to the rest of the family. Their marriage was blessed with two sons and a daughter; Rick, Rex and Vivian Lea. The children have all lived locally their entire lives, thus have been able to spend quality time together over all these years.

Don was always a hard worker and did odd jobs as a kid to include cleaning the spittoons & food prep. areas in the local pool hall. Don joined the Navy in February of 1948 and was trained in electrical work. Don received an honorable discharge after being injured aboard ship. In the early years Don and Marilyn lived in Nebraska to include Sidney where he worked in the oil fields and later was hired by the City of Sidney. Don moved his family to Sterling, CO in 1957 where he joined Public Service of CO. He was transferred to Loveland, CO in 1963 and to Windsor, CO in 1970 where he continued his employment with Public Service of CO as a lineman; he retired from Public Service in 1986. Don was well known in Windsor and surrounding farming communities for keeping their electricity going even on those cold, frosty nights when you would find him climbing a power pole.

Don and his family loved camping and fishing and always had some type of recreational vehicle. In fact Don was an expert on travel trailers and motor homes and sold them locally. A lot of time was spent with his tight knit family throughout the years. Locally, Don was known for his arm and hand strength and was an outstanding arm wrestler (you might say the “Best”). Don participated in local dart and pool leagues and was very good at both. He was also a volunteer fireman for many of the early years in Windsor. Don had a great memory for the past and could tell the most unique stories about people, places and things. It was a joy listening to him.

Don was referred to as “The Miracle Man” by his vascular surgeon because he survived an aortic aneurysm in 2004. That was, in part, due to the fact he was with his volunteer firemen and EMT friends the day it happened at McDonalds in Windsor. They had him airlifted to Poudre Valley Hospital within 15 minutes. He did have some lasting health problems from it to include poor kidney function but he lived life to the fullest until the last year of his life when his health began to fail. He was a fighter with unimaginable strength right till the end. Don is going to be sorely missed as the Patriarch of the family. His family will forever be inspired by him and all feel so blessed to have had him in their lives.

Don is also survived by 19 great grandchildren and many great nieces and nephews, and other extended family and friends. Don cherished each and every one of them.

The family would like to thank all his physician specialists, MCR ER and staff, Columbine Commons of Windsor staff, Columbine Home Care staff, Robyn, Diane and Louise, as well as the caring staff of Pathway’s Hospice for their excellent care of Don. A special thanks to Dave Nicholl for his many visits and his spiritual guidance for Don and the family.

In lieu flowers memorials may be to made to the Donald Best Memorial in care of Mark’s Funeral & Cremation Service.