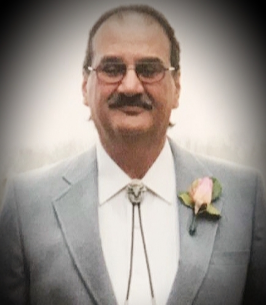 David W.”Hooker" Sowder, of Windsor, CO, cast his final line on the river on Thursday, July 11th, 2019. After a short but courageous battle, he’s now going to fish with the greatest of all fishermen.

David, best known as “Hooker” (a fisherman at heart), was born February 28th, 1950, in Julesburg, Colorado, to his parents, LaVay (Pirrie) and Gene Sowder. His parents moved the family to a home near the Devil’s Backbone in Loveland, Colorado, when David was four. Growing up with two brothers, Bob and Danny, and living so close to nature itself, David had plenty of room for exploration. David was always bringing home rattlesnakes as a surprise for his mom. The thrill of the catch was soon squandered by her unhappiness at the sight. The next time David brought home a baby hawk. He trained the hatchling to fly and return to him until David’s high school graduation.

Upon returning home and after a short courtship, David married Vicky (Lee) on March 14th, 1971, in Loveland, Colorado. They soon welcomed a son, Daren, in the fall of 1972, and a daughter, Jessica Lynn, in September of the following year but died a day later. In February of 1978, another child was born, Sara Beth Sowder. However, she passed away in April of 1978 at just two months old.

As a resident of Windsor, Colorado, since 1974, David was employed at the Kodak company from 1980 until his retirement in 1998. David and Vicky later divorced in 2002. He then pursued a short career at Colorado State University working in its Maintenance Department until 2012. He spent his years of retirement fishing and four-wheeling with his best friends, Tim Reynolds, Terry Funk, and Richie McDonald.

David is survived by his mother, LaVay (Pirrie) Weinmeister (Don); his son, Daren, of Windsor; his brother, Bob Sowder (Mary) of Missouri; sister-in-law Diane (Danny); his granddaughters, Kaci and Jessica Sowder of Windsor; his great-granddaughter, Karsyn; his stepmother, Margie; stepbrothers Jim and Kenny; and stepsister, Rhonda, along with many friends who loved him dearly.

David was preceded in death by his father, Gene, his two precious daughters, Jessica and Sara, and his brother, Danny.

Rest in Paradise Hooker. Soar with the eagles and sleep amongst angels!
To order memorial trees or send flowers to the family in memory of David W "Hooker" Sowder, please visit our flower store.