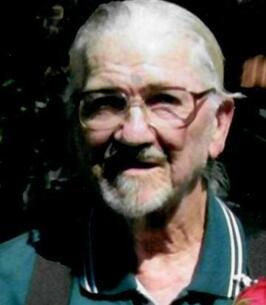 Bud Berens of Windsor passed away at the age of 80 on May 11, 2020. He was a patient at Poudre Valley Hospital in Fort Collins recovering from a recent accident when he unexpectedly died.

Bud was born at home March 1, 1940 to David Kenneth Berens and Emma (Knaus) Berens. He was the grandson of Rinehart and Susan (Miller) Knaus of Windsor, and John and Etta (Strubel) Berens of rural Greeley. His aunt, Esther (Knaus) Rutz, served as midwife during his birth. He was formally named David Kenneth Berens Jr after his father. Early on in life his Uncle Dan Knaus gave him the nickname “Bud”. Bud immediately picked up on that nickname as his favored first name and he used it for the rest of his life.

Bud grew up in Windsor attending school and church at the Methodist Church. He graduated from Windsor High School with the class of 1958. In high school he earned 11 athletic letters in football, basketball and track. He was the starting right tackle on the football team. In his senior year the football team won the Tri-Valley Conference championship and advanced to the state playoffs where the team won it’s first playoff game but lost in their second game.

Following high school Bud enrolled at Colorado State University where he majored in Industrial Construction Management. He graduated from CSU with a Bachelor of Science degree in the spring of 1962.

After graduation from CSU Bud entered the United States Air Force. He served honorably for six years in the active and reserve Air Force.

After his release from active duty in the Air Force, Bud joined the Ideal Cement Company in Laporte, Colorado as a maintenance supervisor. He worked in LaPorte for 14 years before the company transferred him to a facility in Arkansas. After his employment ended there, he and Colleen moved the family back to Windsor.

Upon returning to Windsor, Bud tested for and received his AWS welding certification. He and Colleen immediately started their own company, Berens Service. Their primary business activity was steel fabrication for residential and commercial customers as well as on site welding and installation. They also performed general construction as a secondary business activity. Bud finished his working years from his garage. There he fabricated and then installed at the customer site window well covers, custom designed wrought iron fencing, stairway and balcony wrought iron guard rails and other custom iron work.

Bud enjoyed hunting, fishing, camping and off road four wheeling with his family. He really enjoyed big family get togethers for special events and the holidays. He was extremely proud and supportive of Colleen, their sons and their families. Bud and Colleen accompanied his mom, Emma, and made two trips to Germany to visit his brother John (Verna) and his family. He frequently recalled these two trips as special memories.

Bud is survived by Colleen, his wife of 57 years; sons Kenny (Diana) and Keith (Kelly);
four grandchildren; 10 great grandchildren; numerous nieces, nephews, cousins; and his aunt Violet (Knaus) Kobobel of Greeley. Also surviving is his brother John (Verna). John was visiting in the hospital room when Bud suddenly passed away.

Bud was preceded in death by his grandparents; his parents David and Emma Berens; his father and mother-in-law Alec and Lorainne Bungert; and his two older sisters and their husbands, Barbara (Carl) Miller and Nancy (Raymond) Weinmeister.