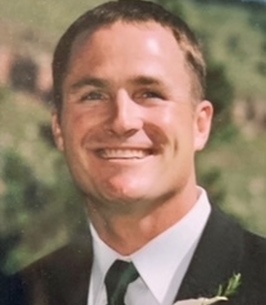 
Daniel Richards Pike of Milliken, Colorado, died suddenly on Sunday, October 18th, 2020. He was 45 years old. Dan was born January 2nd, 1975 and lived in Windsor during his formative years. He started preschool at the Parent-Child Education Center and continued his education at Tozer Primary, Mountain View Elementary, and Windsor Middle School. He graduated with the Class of 1994 from Windsor High School.

While in High School, Dan played football on special teams, but discovered the sport he loved best was wrestling. During high school he worked for his father at Camelot Cleaners and at Memory Lane Antiques & Refinishing. One sport remained throughout his life. Danny raced motocross bikes for 35 years. Even some bad accidents did not deter him from the thrill of being challenged by the twists, turns and hills of the motocross course.

In 2009, he married Katy Hendrixon and they had one child, Marissa, who was the light of his life. He was a kind and loving father who took Marissa with him wherever and whenever he could. Danny always put other people and his family first. He was strong, warm and loving.

He is preceded in death by his grandparents, Father(Joe), an uncle (Jack Pike), an aunt (Janice Nelson), and two siblings, Amy Jo and Quinn. He is survived by his daughter Marrisa, mother Patty, brother Sean (Charity) and their three children (Quincey, Ramsey, Cashe), two uncles (Jim and Jerry Pike), two aunts (Jennifer Villano and Donna Rowland), and 20 cousins.

Viewing will be Thursday, October 22nd at Mark’s Funeral Chapel, 9293 Eastman Park Dr., Windsor, from 4:00-6:00PM. A Mass to celebrate Dan’s life will be held at Our Lady of the Valley Catholic Church, 1250 7th Street, Windsor, on Friday, October 23rd at 10:30 AM. A reception will immediately follow at the American Legion Hall, 624 Ash Street, Windsor. High risk guests should use caution due to an increase of COVID-19 in Colorado. Burial will be held Friday, October 23rd at Lakeview Cemetery at 2:00 PM, 32815 Highway 257.

Memorial gifts may be made to the Humane Society of Weld County, 1620 St, Evans, CO 80620.-c/o Mark’s Funeral Services
To order memorial trees or send flowers to the family in memory of Danny Pike, please visit our flower store.

COVID - 19 retraction are in place, Masks are required and attendees must practice social distancing at the Funeral Home.

COVID - 19 restriction are still in place and there are guest limitations at the church. Masks are required and attendees must practice social distancing.