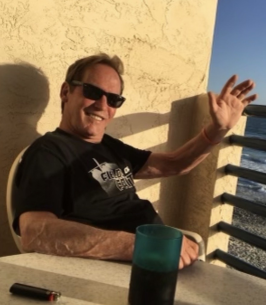 
Born in Greeley, CO to parents Roberta Knaus and Lyle Krings, Daniel was raised with one brother and one sister. He was a very outgoing and active child that was passionate about athletics throughout his life, specifically when it came to wrestling. Daniel was a champion in wrestling at Loveland High School, and pursued several other sports during his youth.


After high school, Daniel worked for over thirty years doing Masonry for Dell’s construction. Daniel was married two times and had two children. Later in life, Daniel became a grandfather of two grandchildren. Daniel put family first, always, and was a dedicated father. He loved his family with devotion throughout the duration of his life.

Daniel was a strong, kind, loving, and supportive man whose knowledge and guidance was the foundation of his family.


Daniel coached wrestling for Windsor Metro Wrestling Club for several years and became known around the community for his passion and dedication to the kids that he coached. He spent ten years working for Windsor High School where he was loved and admired by the staff. After retirement, Danny frequently enjoyed traveling to his timeshare property in Oceanside, California to visit his son, Austin. Daniel was devoted to God and will rest peacefully in Heaven.


Daniel Krings is survived by his kids, Aaran and Austin Krings, sister and husband Debbie and Gary Myers, brother and wife Dennis and Judy Krings, grandchildren Tristan and Aspyn Krings, dear friend and caregiver Cindy Vetter, in addition to many other loving family members who will miss him dearly. No services will be held at this time and the family requests no donations or flowers be sent. Daniel made a clear request to wait for any service to be held in the Summer, so that his loved ones can avoid inclement weather. A future date and location of service will be released by the family at a later time.

A Celebration of Life Open House will be held Saturday June 18, 2022 at Night Shotz in Loveland from 12-4pm.
To order memorial trees or send flowers to the family in memory of Daniel Lee Krings, please visit our flower store.