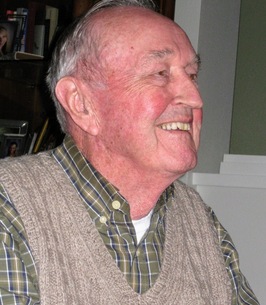 He was selfless, quite humorous, wise, and loved and admired by all who knew him. Connie was born in Chicago IL on May 6, 1927. His parents, Conrad and Irma had four children including Connie. He was the last one to pass. Connie served in the US Navy in WWII, and attained his degree from Northwestern University, Evanston IL. Connie married Jeanne Masters in 1952, and began one of the greatest love affairs of all time! Together they had three children. Connie worked the majority of his career for Montgomery Ward as a national merchandise manager. Along the way, he served as the CEO of the board of trustees for the YMCA in Chicago. After he retired he selflessly became a guardian ad litem in GA. Connie, as well as Jeanne, were avid golfers and retired at The Landings in Savannah GA. The two lovebirds subsequently relocated to Bradenton FL to continue golfing and enjoy the beaches. In 2012 Jeanne and Connie moved to Windsor CO to be near family, and play more golf. Conrad was a devoted Christian man.

Conrad is survived by Jeanne, his wife of 68 years, daughter Terry (John) of Windsor CO, and son Conrad (Barbara) of Wexford PA. Daughter, Sharon Nicholson
passed in 2010. Conrad had 10 grandchildren, and 15 great grandchildren. His time on earth was precious. The Lord will certainly greet him saying "Job Well Done."
To order memorial trees or send flowers to the family in memory of Conrad Ernst Eimers, please visit our flower store.