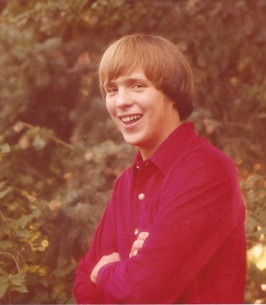 Colin Scott Morey, 56, passed away on November 30, 2020. Colin was born in Sterling, Colorado on December 16th 1963 to Gene Arthur Morey and Elvada (Nitschke) Morey. His parents moved to Windsor Colorado soon after.

Growing up Colin was active in the Cub Scouts and Boy Scouts which led to a lifelong appreciation of the outdoors. Colin went to grade school at Tozer Elementary and Park Schools and he graduated Windsor High School in 1982.

After high school Colin received a degree in Chemistry from Aims Community College. Colin worked as a dialysis technician in Greeley, Fort Collins and Loveland. Colin then went back to school to become a registered nurse. He utilized his training by doing hospice work. Colin enrolled in the University of Northern Colorado obtaining a Bachelor’s degree in Human Services then getting his Master’s degree in Rehabilitation Counseling. Colin’s final job was as an Assistant Director for Connections for Independent Living in Greeley. Colin was able to use his training to help his parents remain in their home when their health was declining.

Colin is survived by his brothers Ty and Kevin and niece Elizabeth. Colin was preceded in death by his mother Elvada. His father Gene passed away three weeks after Colin.
To order memorial trees or send flowers to the family in memory of Colin Scott Morey, please visit our flower store.