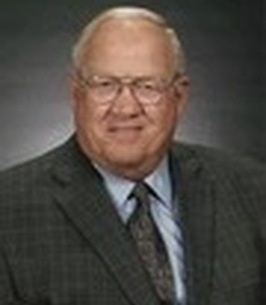 Clayton H. Nelson, 81, passed away at his home in Windsor on December 29, 2018 surrounded by his family.

Clayton was born November 30, 1937 in Lakota, ND to parents Lionel and Hilda Nelson.
He attended school in Whitman and Michigan, ND and then transferred to Lakota, ND for his last two years of high school where he met his wife, Ruth Johnson. He attended North Dakota State University for one year, and then married Ruth before enlisting in the Air Force in 1956. He was assigned to Mountain Home Air Force Base in Idaho for four years, with a temporary duty in Guam for four months.

After being discharged, they moved back to Lakota, where Clayton worked as a clerk for Lakota Farm Service, which also sold insurance. He liked the insurance business, so he decided to go full time as an agent for American Family Insurance in Langdon, ND. Two years later they moved to an agency in Grand Forks, ND. In 1965 he was promoted to District Manager in Minot, ND for the Northwest quarter of the state.

In 1969, Clayton was named the State Director for Kansas, and then was transferred to Denver, CO in 1973 to serve as the Colorado State Director. Eighteen months later he was appointed to the position of Regional Vice President of the Northwest Region in Minneapolis, MN covering a five state region. In 1985, Clayton was named Executive Vice President of Operations for American Family Insurance at their home office in Madison, WI. The companies reporting to him were Health, Life, Casualty, Farm and Ranch and Marketing.

In 1997, Clayton and Ruth retired to a ranch near Rye, CO where they raised calves in the summer and sold them in the fall. He belonged to the Lions Club there, and also the local tractor club. After a few winters of heavy snow, they moved to Windsor, CO to be closer to family.

A memorial service is planned for 11 AM Thursday, January 3, 2019 at Bethel Lutheran Church in Windsor. A Luncheon will follow in the Parrish Hall immediately after the service. In lieu of flowers, the family has requested donations to be made in Clayton’s name to one of the following organizations: The National Pancreatic Cancer Foundation (NPCF), The Bethel Lutheran Church Youth Ministries in Windsor, CO or the Lakota, ND High School Future Farmers of America Chapter.
To order memorial trees or send flowers to the family in memory of Clayton H. Nelson, please visit our flower store.