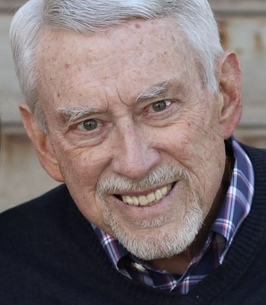 Charles (Charlie) Lynn McMillan was born December 17, 1944, in Brooklyn, New York to Lynn (Mac) McMillan and Elizabeth Wren McMillan. At 6 weeks old he returned to Waco, Texas with his mother when his father was deployed with the Army. Although born in Brooklyn, he always thought of Texas as his home. Several years later the family moved to Dallas where he graduated from Bryan Adams High School and went on to attend college at East Texas State University in Commerce. There he earned a Bachelors of Science in Geology and met the love of his life, Karen. They married on April 16, 1966, at Lovers Lane Methodist Church in Dallas. They welcomed their son, David, a year later. A few years after that, Charlie’s work took them to Tulsa where their daughter, Debbie, was born. Soon after, another transfer took them to Houston. There they enjoyed family trips to Galveston Beach and Astros baseball games. From Houston, they landed in Littleton, Colorado. Another transfer took the family to Seattle, Washington for a short time. The family then decided to move back to Colorado in 1985 and have been here ever since. Charlie and Karen spent the last 15 years in Severance.
After college, he settled into a career in the insurance industry. He spent many years at Safeco, Great American Insurance Company, and Zurich. He retired on September 19, 2011, from Zurich as a Loss Prevention Manager. He celebrated his retirement with dinner at Pappadeaux’s Seafood Kitchen with many family, friends, and colleagues. Even his father at 102 years old was in attendance. Charlie was able to enjoy some of his favorite food - fried shrimp, fried catfish, a cold beer, and key lime pie. Charlie enjoyed country music, particularly listening to Willie Nelson, Waylon Jennings, and the boys. Years ago, he and Karen enjoyed country dancing and going out with friends. Throughout their marriage, he and
Karen enjoyed cruising and relaxing on the beach in Mexico with a margarita in hand. They often enjoyed dinner out and cold beers at happy hour. He and Karen regularly drove to Texas to visit the extended family. Charlie always made a point to stop by his favorite Czech bakery in West to enjoy a warm kolache. No trip to Texas was complete without dinners at Cajun Catfish and El Fenix. Charlie was an avid sports fan. He attended many Colorado Rockies games. Two highlights include when he attended a World Series Game in 2007 when the Rockies played the Red Sox at Coors Field and when he traveled to New York to watch the Mets and Yankees play at the original Yankee Stadium. Although he didn’t play a lot of golf himself, he enjoyed watching tournaments on television. He also followed the Nuggets, Broncos, Avalanche, and our hometown Colorado Eagles. If given the chance, he loved to attend in person. With the arrival of grandchildren, Charlie’s later years were spent watching the grandkids in their various activities. He attended their sporting events, school programs, recitals, and award ceremonies.
Unfortunately, Charlie received a diagnosis of COPD about 5 years ago. This disease brought many limitations and greatly restricted his ability to get out and enjoy life. He passed peacefully at Medical Center of the Rockies with his family by his side. He is preceded in death by his parents, Mac and Liz. He is survived by his wife, Karen, son, David (Teresa), grandsons Brandon and Tyler, daughter, Debbie (Jon), grandsons Sean and Jake.
A celebration of Charlie’s life will be held at a later date. Memorial contributions may be made in his name to The American Heart Association or The American Lung Association.

To order memorial trees or send flowers to the family in memory of Charles McMillan, please visit our flower store.