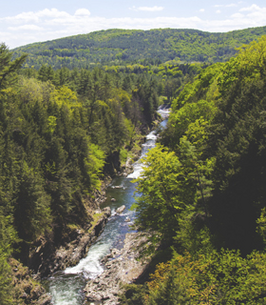 Carl Peyton Jacobson passed to eternity “at home” on May 14, 2022 after a courageous battle
with cancer. Born in Phoenix, Arizona on December 30, 1951, Carl spent most of his childhood
in small Arizona communities, graduating from Chandler High School in 1969. His interest in
electronics and ham radio led him to complete a degree in electrical engineering in 1974 from
Arizona State University. Carl earned his M.S. in Electrical Engineering from Virginia Tech and
completed his graduate training when he was awarded his Ph.D. (Electrical Engineering) from
Virginia Tech in 2000.
Carl spent most of his career working for the U.S. Navy, planning and managing the refurbishing
of Navy ships, including designing and installing fiber optic communication technology. His most
satisfying service was as a member of the Senior Navy Steering Board, a group responsible for
giving old, but valuable, ships new life by upgrading their electronics.
In 2004 he took early retirement from government service and moved to Chiang Mai, Thailand
where he lived for 18 years. He made numerous endearing friendships in Chiang Mai. Carl
traveled throughout Southeast Asia and Latin America. Out of his curiosity in cultures and world
affairs, Carl even made three tourist trips to North Korea, when travel to North Korea was
possible!
Carl was active in Alcoholics Anonymous (AA) for over four decades. Carl developed close
friendships in AA with people from all over the world. Many remember Carl as a valuable
mentor and close friend.
Carl was proceeded in death by his mother, Anna Marie Jacobson, and father, Peyton Jacobson.
He is survived by his sister, Ellen Wilson (Paul) of Severance, Colorado, niece Jessica Wilson of
Denver, and nephews Jonathan (Ann) and Mark Wilson of Santa Monica, California and
Severance, Colorado respectively. His two great nieces, Amelia and Evelyn Wilson, were
especially loved by Carl and their creative and encouraging artwork raised his spirits during his
recent health struggles.
Donations in Carl’s honor can be made to The American Cancer Society
(https://donate3.cancer.org/).
To order memorial trees or send flowers to the family in memory of Carl Jacobson, please visit our flower store.