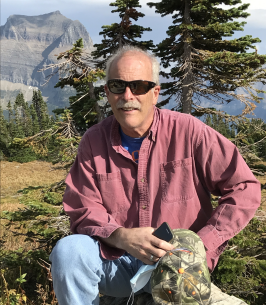 The Beautiful life of Bruce William Clark, 64, of Windsor Co. came to an end on November 27, 2020. We’re confident in knowing that he’s taken this rightful residence in his heavenly home with our Lord Jesus Christ.
Bruce was born on July 23, 1956 in Council Bluffs Iowa to Mary L. Clark and the late Gerald E. Clark. He was lucky to have grown up with six siblings Jeff, Peggy, Patty, Michele, Mike, Kathy.
Bruce and his family moved away from Iowa to the city of Greeley Colorado in 1965, where he graduated from Greeley West High in 1974. After graduating he decided to go to DeVry Institute of Technology, in Phoenix Arizona for 2 years and graduated in 1976. From DeVry he went to California to look for work. He got a job working for ISS Sperry Univac for about a year, before getting a job back in Colorado working for Hewlett Packard know as HP as a Technician, in both locations of Loveland, August 1978 and Fort Collins of 1979 - 2020. You can say that he made his home working for HP, later in his career his division was spun-off to Agilent, then again changed to Avago who then ended up changing to Broadcom. He was a loyal employee, working for 42 years with these companies. Bruce would tell others “He worked for four companies and never moved his desk.”
While working for HP in 1978 Bruce met Geri who also worked for HP, which he married on November 8, 1980. They later on where gifted a beautiful son Aaron Arthur on May 7, 1984. On October 25, 2011 Aaron married Tory and today they have two beautiful boys Riley 11 and Blake 8. Bruce loved his grandsons.
Bruce had many hobbies that he liked. Some of his friends from work taught him to hunt geese, pheasants, thou he was a fisherman by heart. Bruce loved camping, hiking and was able to conquer Longs Peak all the way to the top, along with other smaller peaks. He was always up for an adventure and could walk your feet off. He and his son had their own ATV’s that they loved to ride from the tops of mountains to the ghost towns in Colorado. He was an avid sports fan, and you could hear him yelling Go Broncos and Lets Go Rockies! He loved to take his family to see the Colorado Rockies and the Colorado Eagles play, and even took his grandsons to see Monster Trucks. This year 2021 Bruce will miss seeing the monster trucks with his grandsons.
Bruce was a man who loved to travel with his family, they traveled all over the United States including Hawaii and Alaska by driving or flying. He had planned to visit the Northeast states but never got the chance to do so. Some of his favorite trips where to Walt Disney World in Florida, seeing the cable cars in San Francisco, walking along the beaches of the ocean and so much more… When he would get an etch to travel, there was no stopping him from booking a cruise or flying away to distant countries like Canada, Germany, Australia, New Zealand, Spain, Japan, Russia, and more.
As of today you can say he traveled the world and has not stop traveling for he is with God, his beloved pets and family, and together they are exploring the Heavens.