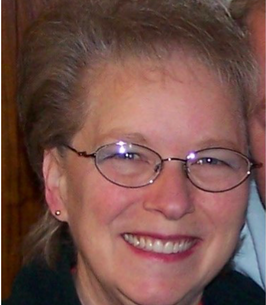 Bonita “Bunny” (Peck) Sterk passed peacefully after an extended illness at Poudre Valley Hospital in Fort Collins on April 29, 2020, at the age of 72.

Bunny was born on March 29, 1948, in Primghar, Iowa, to Roger and Leta Peck. She graduated from Hartley, Iowa, High School in 1966 and then attended Mankato Business College in Mankato, MN. She married Denny Sterk, her high school sweetheart, in September of 1967. They moved to California while he was in the Air Force. After several moves and several different jobs, they settled in Windsor, Colorado. She worked for Family Physicians of Windsor for 16 years. Bunny’s children and grandchildren remember her as a kind, loving, and extra-sharing person with a heart of gold.

For many years, Bunny rode with Denny on his motorcycle. They visited most of the United States and the Canadian Provinces, enjoying the National Parks and many other scenic areas. This slowed down once she discovered the joys of quilting. She was an avid and addicted quilter. Bunny was a member of the League of Northern Colorado Quilters (LNCQ). She loved the small groups that she was very active with. Great friendships bloomed with the passion of quilting.

Bunny was an active charter member of Windsor Park Baptist Church, currently known as Cornerstone Baptist Church. She was the church financial clerk for over 35 years and was known throughout the congregation for her unique style of piano playing.

A memorial is tentatively scheduled for the end of July or early August. Date and time to be announced. For updates on services, or to post online condolences, visit www.marksfuneralservice.com.
To order memorial trees or send flowers to the family in memory of Bonita Lorraine "Bunny" Sterk (Peck), please visit our flower store.