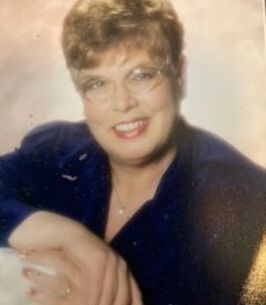 On January 3, 2022, Billie Sundquist passed away at the Pathways Hospice facility. She was 76 years old. Billie is survived by her husband, Robert (Bob) Sundquist, to whom she has been married for 44 years, and her daughter Randi (& Clay) Kimmi, and grandchildren Colton and Morgan; as well as her sisters; Bonnie Whitman, Pam Cabbage, and Toni Gwinner, sister-in-law Joy Purdy. She is preceded in death by parents, Daisy and Amos, and a sister, Marcia Quarker.

Billie was born and raised in Great Falls, Montana. In High School she played clarinet in the marching band. Some of her proudest moments included getting to play her clarinet at the Seattle World’s Fair and marching in the Rose parade. After her HS graduation, she left Montana for Colorado where she attended Colorado State College, now UNC, in Greeley and earned her BA in Elementary Education. Her first (and only) teaching job was in Briggsdale, where she taught first and second grade for 40 years. Almost the entire time she taught school she lived in Johnstown, which meant having a 100 mile commute daily.

The only thing that could get Billie to retire from teaching was her grandchildren. She chose to provide daycare for the grandkids during their pre-school years and once they began to attend elementary school, Billie started volunteering at their school, Windsor Charter Academy (WCA) to stay close to them. She dedicated thousands of hours over 12 years cataloging books at the WCA Elementary Library.

Billie was a member of the American Legion Auxillary in Johnstown for more than 40 years and served as the President for 10 years. She also enjoyed bowling, needlepoint, playing bunco, and going on road trips.

As Billie spent her last eight years fearlessly battling pancreatic cancer, in lieu of flowers the family asks for donations to the American Cancer Society.

No services are scheduled at this time.
To order memorial trees or send flowers to the family in memory of Billie J Sundquist, please visit our flower store.