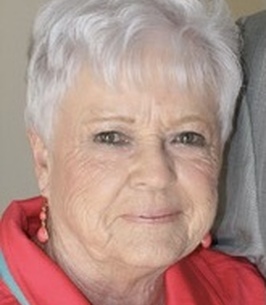 Betty Jane (Stevenson) Rausch, 83, of Windsor, CO passed away peacefully at home surrounded by her family, on Nov. 3, 2021.

Betty was born to Elmer and Amanda (Giese) Stevenson 6 weeks premature on August 24, 1938. Her parents, along with older sisters Irene and Lila were visiting family in Laq Que Parle County, MN., when she decided to make her appearance. Her father went out to buy some milk for her and came back with the name “Betty Jane” on the bottle, so that’s what they named her.

Betty grew up in Ipswich, SD, along with her sisters and a brother, LeRoy, (Buzz) almost 5 yrs. younger. She enjoyed her school years in Ipswich, graduating in 1956. She was in choir, school plays, and year book with several of her friends. She loved the school dances but with only 10 boys in a class of 39 they had to ask the out of town boys! Her summers were spent at the city pool, movie house with friends, enjoying the annual Trail Days festivities in June or spending time in MN visiting relatives. Winter months brought lots of snow, sometimes up to the middle of tall trees that they could climb up to and sit in the branches. She always loved the holidays especially the Christmas programs at school with Santa. When she was 13, and home alone with her mom one day, her mom suffered a fatal heart attack. She had to run across the street and have the neighbor contact her father at work. Her older sister Irene, still living at home, helped raise her and Buzz. She spent the summer of 1953 in Faulkton, SD helping her sister Lila and husband Earl with their set of triplets. She often said “she never washed so many diapers!!"

After graduation, she moved to Aberdeen, SD. working as a clerk typist for Saunders Motors. One night, she and her roommate went to a wedding dance in Columbia, SD. where she was asked to dance by Lloyd Rausch. They dated for a year before getting married on November 19, 1958. They resided in Mobridge, SD. where she worked at KOLY Radio Station announcing the new babies born at the local hospital. Children, Cindy and Dean, were born in Mobridge and she became a stay at home mom. In January of 1961, Lloyd and Betty went to Denver, CO for the Stock Show and visiting relatives. They decided they really liked Denver, especially the weather, and moved in 1962. Two more children were born in Denver, Tom and Kent. Along with raising 4 children, she worked part time at Zollinger Realty Company and various department stores at Christmas time. She worked for Kinko’s Copier for 10 years before retiring in 1997. She also spent many fun years, with lifelong friends, volunteering at St. Vincent de Paul School, where her children attended. She enjoyed many vacations through the years traveling home to South Dakota, the beautiful Colorado Mountains, Kentucky, Missouri, Maine, Oklahoma, Connecticut, Las Vegas, and especially their trip to England and France when she was able to see the Queen go by in her carriage.

In 1998, they moved to Windsor, CO, enjoying the small town community. She volunteered many hours to the Windsor Senior Center and at Our Lady of the Valley Catholic Church enjoying many new friendships because of it.

Her loves, after her family, were reading, baking, making craft projects, decorating for the holidays, researching family genealogy, sending out cards for every occasion, and her IPad! She became quite proficient using FaceBook and will be missed by many looking for her next post!! Her love of the Lord helped sustain her through to the end.

She was preceded in death by her parents, sister Irene, son Tom, grandson Liam, numerous brothers and sisters-in law, and several of her friends from Denver and Windsor.

Betty’s service will be Live Streamed by Our Lady of the Valley Catholic Church. It can be viewed by going to YouTube: video OLV or FaceBook: video OLV. Her service may be viewed until December 2, 2021.
To order memorial trees or send flowers to the family in memory of Betty J Rausch, please visit our flower store.