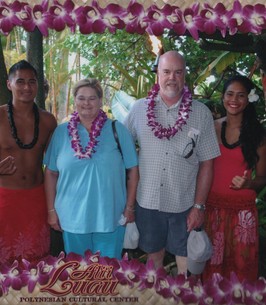 May angels guard you through the night and keep you safe ‘till morning light.’

On a snowy afternoon in Fort Collins, surrounded by her family, Barbara Ann Meyer, 65, of Severance, passed away just after 2:00pm on February 7, 2020.

Barbara was born on June 20, 1954 in Augsburg, Germany, later relocating with her family back to the United States.

Barbara married Steven Meyer of Jasper, Indiana on August 1, 1981 at St. Mark’s Church in Plano, Texas. Ever-determined and nurturing, she worked as a secretary and cared for her mother in her later years. She thoroughly loved angels, making and wearing jewelry, helping with her children’s Scouting groups, and enjoyed laughing her way through episodes of The Golden Girls.

Her six grandsons were a constant source of entertainment, laughter, and exhaustion, and a driving force for her and Steven’s move to Northern Colorado in the fall of 2019.

She is preceded in death by her father, Joe Tavernaro, her mother, Rosemarie Barbara (Doka) Tavernaro, and her nephew, Steven Michael Mason.

She will be celebrated at a private, family service.
To order memorial trees or send flowers to the family in memory of Barbara Ann Meyer, please visit our flower store.