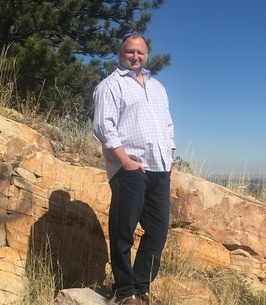 Andrew John, (Andy, AJ) Marcott, 49, passed away suddenly in his home on Monday June 15, 2020. He was born to June Gibson and Gary Marcott on December 26, 1970 in Seattle Washington. He lived in California and graduated from Petaluma High school in 1989. He moved to Colorado with his dad in 1992 and lived in Longmont. He developed a passion for the Colorado Rockies and learned to snowboard. He was a natural since he loved to skateboard.

Andrew worked as a hardwood floor installer, stainer and finisher. He was a proud tradesman and loved to see his finished work. Andrew moved to Windsor in 2008 and worked with local hardwood flooring companies. His final work with was with Siena Wood Floors in Fort Collins.

Andy had many friends in Petaluma and in Colorado. AJ was personable and fun to be around. He loved his close friends and knew that they were lifelong bonds.

Andy “AJ” had a love for the Lord and enjoyed reading scripture. He attended Grace River and made many friends. He met his wife in the late fall of 2014 and they were married October 22, 2016. AJ attended church with his wife at Our Lady of the Valley Catholic Church. Andrew had a strong love for the Lord and was grounded in his faith.

AJ enjoyed watching the Colorado Eagles and was a season ticket holder for a few years. AJ and Jalaine enjoyed going to concerts together and with friends.

AJ and Jalaine enjoyed traveling and exploring Colorado. They took a car trip to Ocean Shores, WA and were able to enjoy stops in Montana, Idaho, Oregon and Utah. They took a family vacation to Virginia Beach, VA for Christmas and AJ discovered his love for Crab Legs and steamed shrimp! His favorite food to eat anytime was Mexican food, especially his father in law’s homemade green chile! His favorite item to eat was a taco in a “Burrito” shell.

He is preceded in death by his father Gary Marcott and brother Peter James Marcott.
Online condolences may be made at www.marksfuneralservice.com.

To order memorial trees or send flowers to the family in memory of Andrew John Marcott, please visit our flower store.

Per CDC guidelines and the policy of the funeral home, masks must be worn at visitation.

Per CDC guidelines and the policy of the church, masks must be worn at the service.