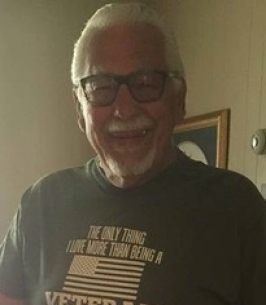 Andrew Michael Brown
9/27/31-12/9/20
Andy passed peacefully on 12/9/20 at 8:11 am at 89 years young. Survived by his wife Barbara and 4 children, Robert Brown, Terri Harmon, Micki Tracy, and James Brown. Andy was also blessed with 10 grandchildren and 8 great grandchildren as well.
Andy was a proud veteran of the US Marine Corp during the Korean Conflict. After his service, he met his wife Barbara and worked to graduate from CSU {Aggies) in Ft Collins, Co. Andy had a full life filled with achievements in both business and personally. Most recently, Andy was the CEO and Chairman of Harsh International, Inc. in Eaton Colorado for the past 33 years. Under his leadership, Harsh has become a world-wide leader in several of the products and markets served.
Andy Brown was a brilliant businessman, a devout husband, dedicated father, and mentor to his children. He always had a smile and encouraging words for his employees. All who worked with him had nothing but respect and fondness for him. Everyone who knew him will sorely miss his insight, senseofhumor,andcompany. Andywasagreatman!
Anyone wishing to honor Andy, in lieu of flowers, please donate to any Alzheimer's Charity.
To order memorial trees or send flowers to the family in memory of Andy Brown, please visit our flower store.