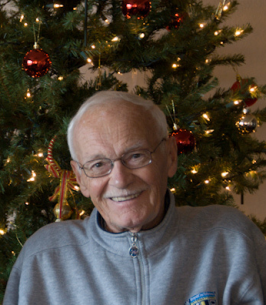 Alivan Compton Rea was born in Empire, Colorado on July 7, 1933 to Bertha and William Rea. He was the second oldest of four children who were raised at the base of Berthoud Pass for a portion of their lives. Two of his siblings, Russell and Wanda, have already passed on. But Alivan is survived by his older brother Wendell. Also, he is survived by his wife of 64 years, Helen, and his two grown children, Del (wife Janice) and Terrie (husband Doug). Alivan has five grandchildren and eight great grandchildren. Beyond that he is survived by many nephews and nieces, other extended relatives and many friends from over the years.

At a young age Al moved to the Denver area with his family, where he attended school at Baker Junior High and West High School. While at West High School he became actively involved in the ROTC program, becoming a Cadet Major. This experience lead him to serve in the Colorado Air National Guard for several years and his next stop was the Air Force. Alivan served for four years, mostly at Clovis, New Mexico. While in the Air Force he had a variety of responsibilities, including Military Policeman, Toe Target Operator, and Firefighter. He was also an instructor. He was honorably discharged from the Air Force in 1952.

1953 rolled around and Alivan met the love of his life, Helen Mae McMann , who lived in the neighborhood. Married in 1955, their family took off with the birth of their son Del in 1956 and then later their daughter Terrie, born in 1959. Family life for the Reas included many outdoor activities, such as fishing, hunting, and camping. Cousins and aunts and uncles and in laws were often a big part of the family get togethers, where Alivan was most frequently the life of the party.


The early years of military service experience lead to a long career in the Aerospace industry. He devoted years of hard work to the Martin Marietta Company, but also spent time at Arenco in California. While working in California, Alivan took on the additional challenge of going back to school where he attended El Camino College. The family moved back to Colorado, and Alivan continued his studies at the University of Denver.

Perhaps a favorite part of life for Alivan was when he and Helen retired from work life to go on to volunteer as camp hosts at Chatfield State Park in Colorado each summer. Here they got to hang out with grandchildren. They also became “snow birds” each winter in Arizona, where they hung out with extended family. This great adventure covered eleven years and many experiences at Chatfield. They were recognized by the state of Colorado Parks Department for their service and dedication for these many years.

Throughout his life, Alivan always demonstrated his great love of life and family. He was known in his family for his incredible sense of humor and he made every gathering so much fun. He will always be remembered as a marvelous husband, a dedicated father and a loyal friend to all. His family and friends will miss him deeply.
To order memorial trees or send flowers to the family in memory of Alivan Rea, please visit our flower store.